It's Friday! (Shhh! I've been under the weather, all right?)

Not one of my most productive weeks. My wife and I have both been in bed with the flu. It's the first time in years that we've had flu, and I suspect we got it from one of the many people I interacted with over the weekend while raising funds for charity. (We raised over 45K for kids with Cancer! Can you believe it!?)

Despite being bedridden from Wednesday, we still managed to make some Infinite Stars progress!

The mobile UI has been fixed, and the next Patron release (probably next week if all goes well?) will once again include the android build! Thank you for being so patient while we fixed this.

The next Patron release will also include Kiaria's intimate scene, as well as the improved Mah'Abeu screen that will allow you to pick a custom image for your MC and some other minor QoL changes.

Lastly, I also received the final artwork for our newest cast member, Lindi. 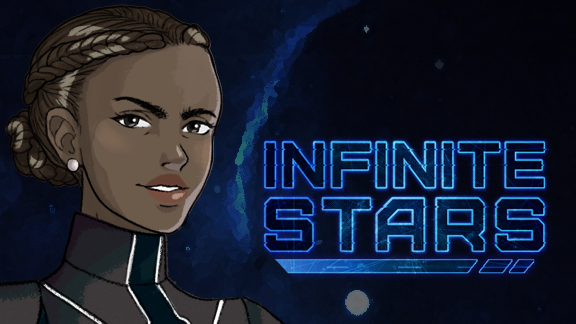 Stay safe, and enjoy the rest of your weekend!

I am in LOVE with Lindi - OMG!! 😍Can't wait to know her better~ Great job with fundraiser, as well (even if Ironic you got sick during it). I hope you and wife feel better!